During 20th and 21st February 2013, the Center for Israeli Studies, together with the Embassy of Israel to Romania, has organized the inaugural international conference of the Center, entitled “Contemporary Issues in Israeli Politics and Society”. The participants at the conference are members of the academic community in leading universities in Israel and Romania. Their presentations have approached fundamental issues such as contemporary politics in Israel, the relationship between politics and religion, security issues in the region, the Arab minority and Israel-Diaspora relations.

The opening session has taken place with the participation of Prof. Remus Pricopie, Romanian Minister of Education, Prof. Alina Bârgăoanu, Rector of the SNSPA, Assoc. Prof. Liliana Popescu, Prorector of the SNSPA, Assoc. Prof. Cristian Pârvulescu, Dean of the Faculty of Political Science, within the SNSPA, Prof. Liviu Rotman, Head of the Center for Israeli Studies, within the SNSPA and also representatives of the diplomatic corps of Israel and Romania.

The second session - "Security Issues in Israel and the Region" – included two presentations: Dan Claudiu Degeratu (Center for Security Analyses and Prevention, Prague) - "Israel in 2025: Regional Scenarios and the Challenges of Strategic Profiling" and Eitan Barak (The Hebrew University of Jerusalem) - "From Cairo to Teheran and in Between: Israel and the Challenges of Proliferation and Use of WMD in the Middle East".

The first session of the second day of the conference, on the 21th of February, named "The Arab Minority in Israel: Challenges and Opportunities", included two presentations: Itzhak Reiter (Ashkelon Academic College) - "Israel and Its Arab Minority - Interlocking Relationship" and Kussai Haj Yehia (Beit Berl College) - "The Accessibility of Higher Education among Arabs in Israel: Motives and Issues".

The third and last session of the second day of our conference, "Education, nation-building and integration", included two presentations: Gad Yair (Hebrew University of Jerusalem) - "We Don't Need Another Hero: Heroes and Role Models in Germany and Israel" and Adina Babeş (SNSPA) - "Integration patterns of Romanian immigrants in the Israeli society: sociopolitical aspects".

The papers presented in the conference have been published partially in The Romanian Journal of Society and Policy (Vol. VIII, No. 1, Issue 15, June 2013), a semi-annual publication of the Faculty of Political Science within the SNSPA and the Project for Civic Education and Academic Development Foundation. 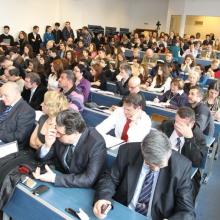 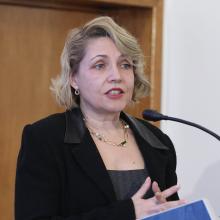 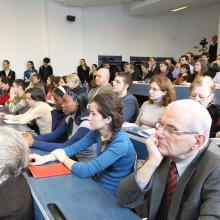 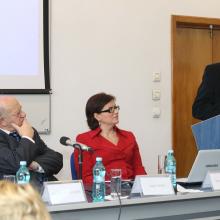 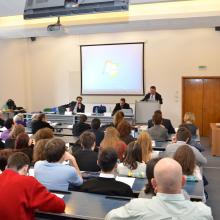 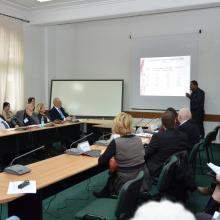 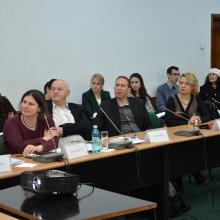 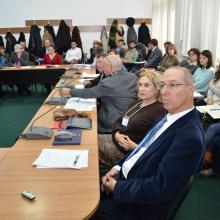 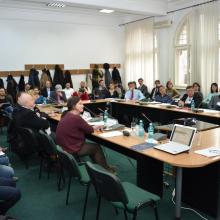 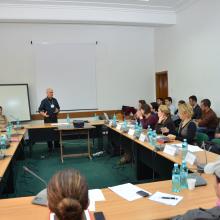 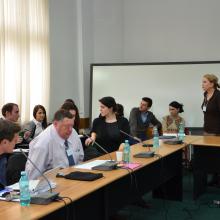 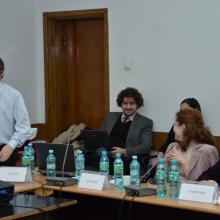 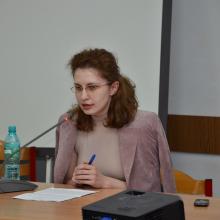